Would You Want To Enjoy A Sip From These 8 Very Expensive Wine Bottles?

It is believed that wine gets better with age. Although this is not entirely true for all types of wine, certain wine bottles don’t only get better with the passing of time, but they also become much tastier, more aromatic, more valuable and of course, more expensive. However, in some cases, a single bottle of wine can cost as much as a brand new hatchback. Other wine bottles which are very old can cost as much as your house. If you want to know how expensive certain wines get, here is a short list for you.

This is the most expensive Australian wine and from 2004 it belongs to a wine collector in Australia who bought it for about $38,000 at an Australian auction house. It is believed that this bottle belongs to Penfolds Grange Hermitage and only 20 bottles exist today in the entire world, making this wine very valuable and expensive. 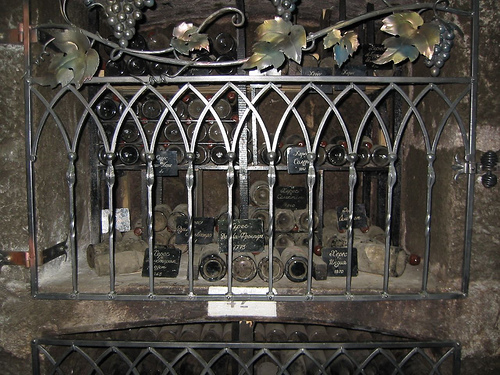 This is the name of the most expensive sherry which has been sold at auction in Sotherby’s London. This bottle is from Russia’s Massandra winery and it was sold back in 2001for a whooping price of $43,500. You can buy a brand new Dodge Challenger from 2014 with this amount of money and a much cheaper wine bottle to celebrate your purchase. However, if you think this is expensive, wait to see the following wine bottles.

This is the most expensive white wine in the entire world and it was sold in 2006 to an American wine collector who paid no less than $100,000 for it. Although white wines are usually sold for less money than red wines, this bottle of Chateau d’Yquem is an exception. With approximately a hundred grand you can buy yourself a breathtaking BMW M6 Convertible that reaches 60mph in less than 5 seconds. Similarly, you can buy a large and luxurious property or you can save them to pay for your kids’ education fees.

This wine bottle is slightly more expensive than the previous one, priced at almost $115,000. This wine is considered to be one of the best vintages of the last century and it comes in a three liter wine bottle. That actually means that you are paying about $27,000 for 750ml of wine, a quantity most wine bottles have. The Chateau Mouton Rothschild 1945 has been sold to an anonymous bidder at Christie’s in London in 1997.

This is a merlot that has been given the class A status in the Classification of Saint-Emilion and it is one of only two bottles in the world which received this distinction. A bottle of Cheval Blanc was sold in 2006 for no less than $135,000 and this wine bottle has a capacity of 3 liters. For this amount of money, alongside with the gorgeous BMW mentioned before you can also buy gas and drive around the world for the rest of your life.

This is perhaps the most expensive standard wine bottle in the world and it is believed that it belong to President Thomas Jefferson. Experts believe this because it has the ThJ initials carved into the glass of the wine bottle. However, some specialists doubt its authenticity. Nevertheless, a bottle of Chateau Lafite 1787 has been sold to publisher Malcolm Forbes in 1985 who paid approximately $160,000 for it. With this fortune you can buy a Lamborghini Gallardo convertible, one of the fastest, most elegant and most beautiful Italian cars in the world.

This wine bottle was originally priced at $500,000 and it also belongs to Thomas Jefferson’s wine cellar. Unfortunately, this wine bottle was never sold because it had a rather unfortunate event. The owner of this bottle, William Sokolin, took it with him at a dinner at the Four Season Hotel where a careless waiter accidentally bumped into it, causing it to drop on the floor and break into a million pieces. As a result, the insurers paid William Sokolin no less than $225,000 for the Chateau Margaux 1787 wine bottle. With approximately $225,000 you can buy a gorgeous house in the heart of London, a Ferrari 458 Italia, an Aston Martin V12 Vantage or a Mercedes SLS AMG.

This bottle of champagne has an impressive story. It is the most expensive champagne in the world and it was salvaged from a ship which was bombarded by the Germans during World War I. The ship’s destination was Russia, but unfortunately it never got there. More than two thousand bottles of wine have been salvaged from this shipwreck and sold at auctions all over the world from 1998 until now. The Heidsieck champagne bottle was sold for an astronomical sum of $275,000.

If you want to become a wine collector and acquire expensive wine bottles, you first need to create a wine cellar in your house. We offer top quality wine cellar construction services at affordable prices and we have a lot of experience in what we do, so give us a call today and let’s discuss this subject further!