Bordeaux: From the Beginning 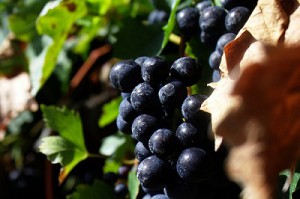 Bordeaux wines are considered among the best in the world.

Wine collectors have an enviable hobby, though it is a pursuit to be undertaken with a healthy dose of research and study.  When seeking the best wines for long-term storage, trails often take a direct path to Bordeaux wine. Wine cellar cooling units Toronto provide the optimal environment for storing Bordeaux and other fine wines as they age.

Bordeaux wine has been around since the first vineyards were planted during the Middle Ages. “Bordeaux” is a term that means “along the waters” and it is a reference to a region in France with the Gironde estuary, its tributaries, and other waterways. Wine production in Bordeaux is believed to have begun in about 43 AD, when vineyards were established and cultivated by the Romans for the Roman soldiers. Originally, sweet white wines were produced. Bordeaux red wines became world-renowned in the 1800s.

The region of Bordeaux has many prestigious wine-producing estates. The Bordeaux Wine Official Classification of 1855 was established by order of Emperor Napoleon III, who wanted the best Bordeaux wines on display for visitors from across the world. Wine brokers ranked the wines according to the chateaus’ reputations and trading prices for the wines.  The classifications have changed through the years. Every wine collector should be familiar with the rankings of Bordeaux wine before making purchases for their wine cellars.

Bordeaux wine has always been a wine that sells, and the industry has been a lucrative one for the region. In fact, vine growers in other areas of France wanted to get in on the economic boon and began labeling their wine as Bordeaux. A government institution was eventually set up for the purpose of ensuring that only wine from the Bordeaux region could be called Bordeaux. This is a distinct and enviable wine, to be sure.

More than 90% of Bordeaux wines are currently made with Cabernet Sauvignon and Merlot, both of which are black wine grapes produced in the region of Bordeaux. Both of these types of wines are available for immediate consumption and for storage in a wine cellar. Learn more about Bordeaux in this continuing series. In the meantime, be sure you protect your wine collection by relying on trusted wine cellar cooling units Toronto such as Wine Guardian, Breezaire, Cellar Cool, WhisperKool, and Cellar Pro.